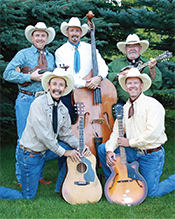 They are back! Don’t miss the Bar J Wranglers’ homage to the many local veterans at their patriotic Veteran’s Day show. Some people describe their music as western, while others call it a stand-up comedy show with masterful cowboy music; others call it the best musical experience in the West!
Call it what you want to — the fact remains, The Bar J Wranglers from Jackson Hole, Wyoming, deliver some of the purest harmony, best musicianship and funniest ranch humor ever seen on stage. As soon as the Bar J Wranglers take to the stage, listeners leave behind their busy lives and
settle into a time long ago — a time of true American patriotism and the singing cowboy. To learn more, visit their website. 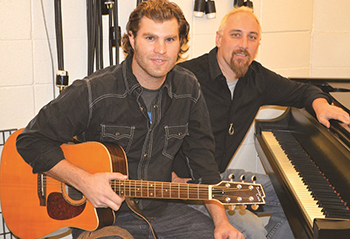 Don’t miss your chance to hear a local band that is meeting with international success play at the BPAC! The Aaron Ball Band will be performing on October 23.

Idaho musicians Aaron Ball and David Bowman describe their music as “Jason Aldean meets the Foo Fighters with a little Elton John and Billy Joel mixed in.” This eclectic mix of musical influences,
enhanced by their own unique talents, seems to be working quite nicely for the two artists who recently returned from a successful tour in New Zealand and are now on the verge of signing a recording
contract with Peerless Records (of New Zealand) with a tour of the United Kingdom in the works.
Both men, who are from Pocatello, have played in a variety of bands around East Idaho and are now finding success with The Aaron Ball Band. 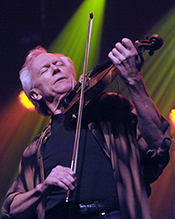 
Tom Rigney, the fiery, electrifying violinist/composer, joined forces with some of the country’s finest musicians to form Tom Rigney and Flambeau. Rigney, now entering his second decade at the helm of Flambeau, has stepped into the spotlight with a vengeance.
He showcases his passionate, virtuoso fiddling, his commanding stage presence, his range, depth, and originality as a composer, and of course, those notorious red boots. His bandmates are veterans of the great bands of Charles Brown, Queen Ida,
Clifton Chenier, and others. Tom Rigney is a true American original and his great band, Flambeau, is one of the hottest bands on the American Roots music scene. This is a group you have to hear!
To learn more, visit his website. 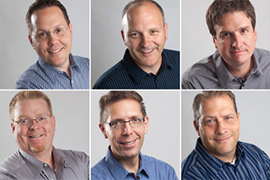 Voice Male is comprised of 6 unique individuals who somehow found each other over 18 years ago. John Luthy came up with the Voice Male concept while singing with some of the guys in the Logan LDS
Institute Choir. Initially it took nine of them to cover all the parts, but a couple of years later they decided they no longer needed the nose flute player, the cowbell ringer, and the guy who claps,
so they trimmed themselves down to just 6. Actually, some members had to move on and be grown-ups, so they decided to give it a go with just 6.
Over the years, they have had some pretty cool
opportunities to sing in exotic locations (San Pete County) and for some pretty great people (their moms). Considering this is not their day job, they are lucky to pull together and accomplish
anything at this point. They all graduated into careers ranging from Computer Networking (Nerd) to Real Estate to Law. When they are not working or singing, they are enjoying time with their
supportive wives and children. The latest tally: 23 children who like to call each other Voice Male Cousins. As families grow, hair thins, and hips break, they hope to keep chuggin’ along.
As long as you’ll keep listening, they’ll keep singing. 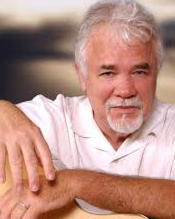 
The voice of country singing legend Gary Morris never fails to awaken a listener’s heart and soul. In 2011 Morris played in the Blackfoot Performing Arts Center to an enthusiastic audience.
The BPAC is again privileged to have Gary Morris return to the BPAC stage on Saturday, September 26 at 7:30 pm. Tickets are available for $20 – $25 and can be purchased online at blackfootpac.com,
by calling the BPAC at 208-317-5508, or at the Music and Families store in Blackfoot.
Morris charted a string of hit songs throughout the 1980’s and is probably best known for his original recording of “Wind Beneath My Wings,” which won both the Country Music Association and the Academy of Country Music
Song of the Year Awards.

His career in country music began in the early 1980’s when Morris produced twelve albums that generated sixteen Top 10 singles and five No. 1 hits, including “Baby Bye Bye,” “100% Chance Of Rain,”
“Leave Me Lonely,” and “Headed for a Heartache.”

At the height of his Nashville recording career, Morris boldly opted to become a more versatile singer, as he took the lead role in the production of Puccini’s opera La Boheme. He later accepted the heroic lead role
of Jean Valjean in Les Miserables, on Broadway where he received resounding critical praise and enjoyed the success of his platinum selling record Bring Him Home.
To learn more, visit his website.

May 21 – BHS Choir Concert and Awards

May 20 – BHS Band Concert and Awards 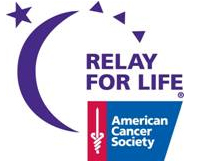 Bingham’s Got Talent is celebrating its 6th year as one of Bingham County’s most successful Relay for Life fundraisers. Show off your talent – any talent – and help raise money for the American Cancer Society. The talent show is open to people of all ages and is not limited to Bingham County residents. Prize money is $100 for 1st place (in 2 age groups) and $50 for the People’s Choice Award. The doors will open at 6:00 with
Lyle Albertson and his Straight Country Band in concert until the talent show begins. Registration forms are available at Music & Families, the Methodist Church or on-line at www.jasonleemumc.org. Contact Tom Drysdale at 785-3183 for more information.

Don’t miss your chance to hear a local band that is meeting with international success play at the BPAC! The Aaron Ball Band will be performing on May 13 as they prepare for their summer tour.

Idaho musicians Aaron Ball and David Bowman describe their music as “Jason Aldean meets the Foo Fighters with a little Elton John and Billy Joel mixed in.” This eclectic mix of musical influences,
enhanced by their own unique talents, seems to be working quite nicely for the two artists who recently returned from a successful tour in New Zealand and are now on the verge of signing a recording
contract with Peerless Records (of New Zealand) with a tour of the United Kingdom in the works.
Both men, who are from Pocatello, have played in a variety of bands around East Idaho and are now finding success with The Aaron Ball Band. 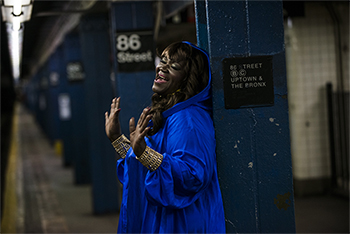 In just a few short minutes on America’s Got Talent, Alice Tan Ridley boldly made herself known to the world when her phenomenal rendition of the Etta James classic, “At Last”, wowed the judges, blew away the audience, and caused the entire nation to take notice.
Alice was one of New York City’s best-kept secrets: a jewel kept hidden deep below the city in the subway platforms. Now, at 60 years old, Alice is finally living her dream as a touring performance artist traveling the country with her 7-piece band, featuring rhythm and horn sections comprised of world-class musicians.
Like Etta James, Diana Ross and Tina Turner, she is a long lasting Goddess of Soul, with enough personality, talent and a touch of funk to prove to be an unforgettable performer. To learn more, visit her website. 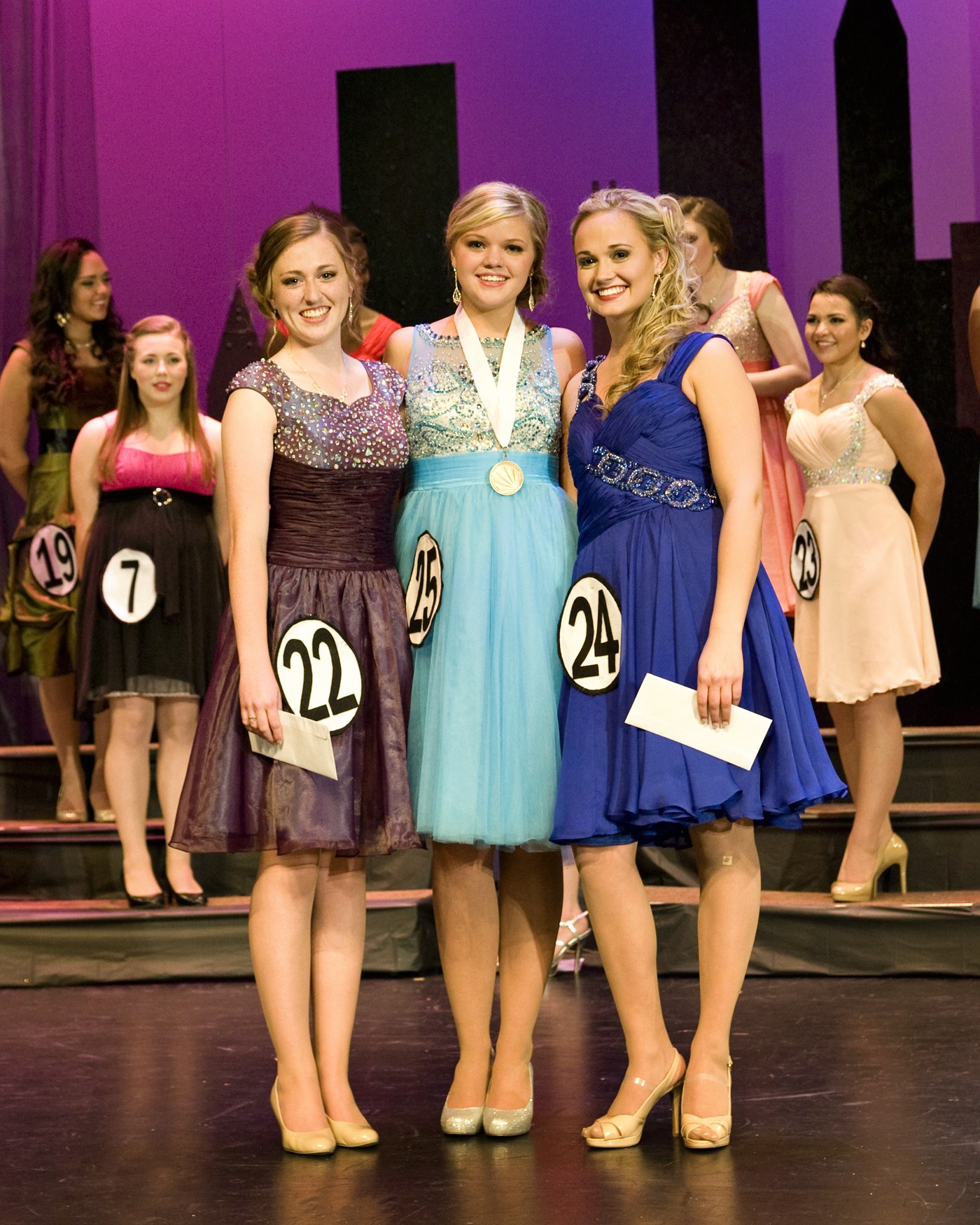 It’s that exciting time once again for Distinguished Young Women of Blackfoot! This year’s program “New York, New York” will feature 28 outstanding Blackfoot High School juniors in the annual prestigious scholarship program. The girls will be competing in talent, fitness, scholastic, self-expression, and judges’ interview during the competition. Thousands of dollars in scholarships and awards will be shared among the teens.

The Distinguished Young Women is the oldest and largest scholarship program for high school junior girls in existence. The nonprofit program’s goal is to honor young women who excel and encourage them to obtain a college education and assume roles of leadership in their communities and professions. Since 1958, the program has helped more than 700,000 young women obtain education and scholarship opportunities.
The program has awarded nearly $90 million in cash scholarships to Junior Miss/Distinguished Young Women participants in programs across the nation over the last five decades. 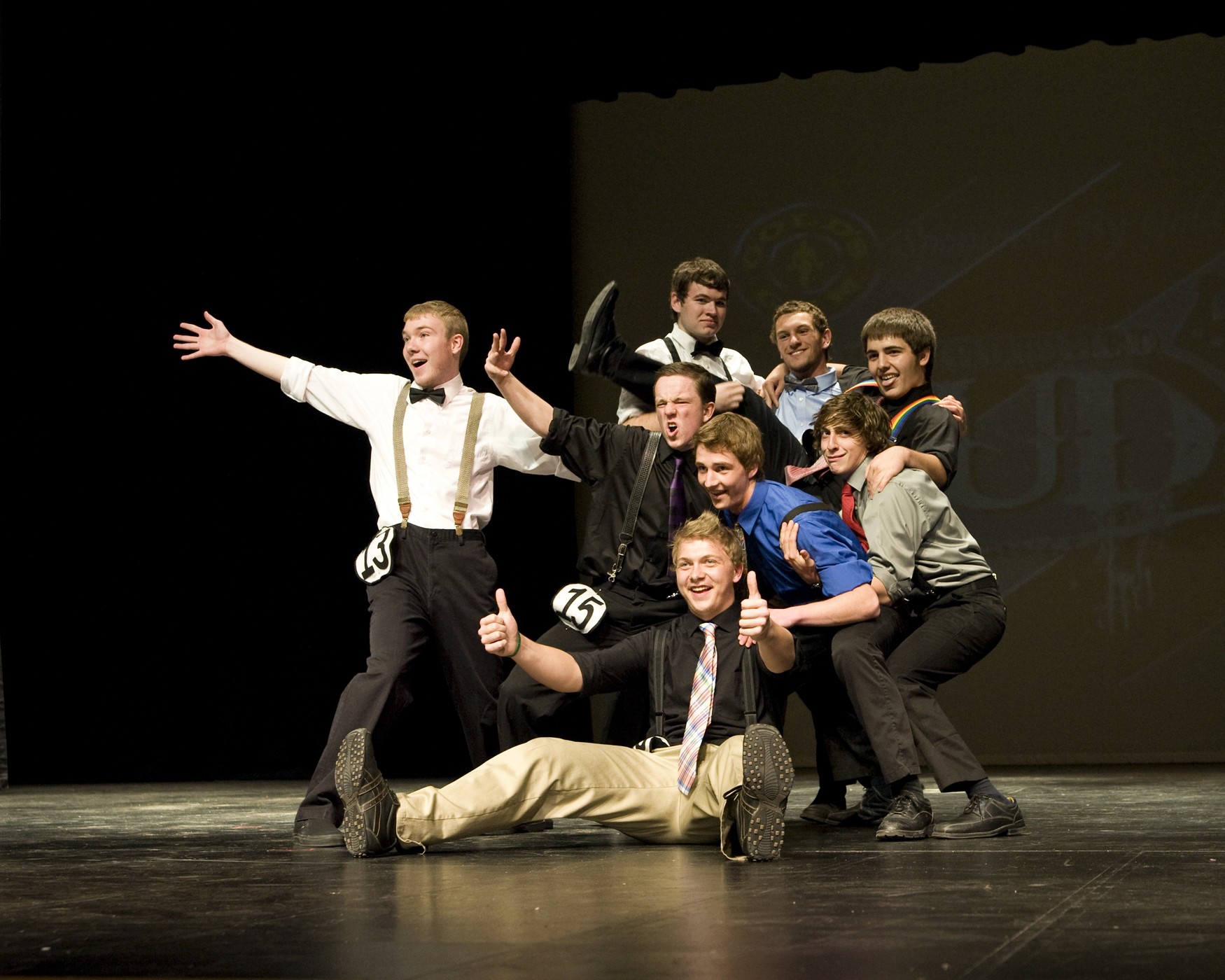 Don’t miss your opportunity to cheer for your favorite “Dude” at the fourth annual Distinguished Dude competition. Outstanding Blackfoot High School junior young men will be competing for cash prizes in fitness, talent, and “strutting.”
The event is a fundraiser for Distinguished Young Women scholarships. This is a fun competition you won’t want to miss!

Filled with incredible Blackfoot High School talent, Fiddler on the Roof is one show you will want to share with the whole family! The musical tells the story of a Jewish family living in the town of Anatevka,
in the Russian Empire, in 1905. Join Tevye, Golde, and their five daughters as they suffer the hardships of living and raising a family in poverty and persecusion. Beloved songs like “Matchmaker,” “Sunrise, Sunset,” “If I Were a Rich Man,” and “To Life” will enchant the entire audience.
Plan now to experience the magic of live theater with our own talented Blackfoot High School students. 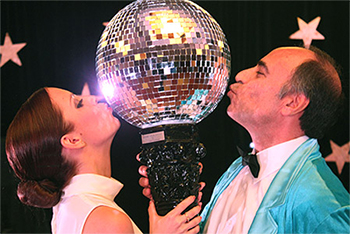 Dancing With Your Stars is a show communities are raving about! Similar to the popular TV show, 6-8 of our most prominent community members will be paired with professional dancers from the Utah Ballroom Dance Company to learn a dance routine in one week.
They will then add costumes, video highlights, a judging panel and perform in a show where you will get to vote for your favorite local stars. You will laugh, cheer, and have the time of your life watching your favorite people compete for the coveted mirror ball trophy.
Watch for announcements about who will be our own Blackfoot Stars!